A friend of mine recently created a Facebook page to share pictures of ourselves and explore who we are through self portraiture. Initially I filled my brain with excuses why I don’t want to participate yet in between those thoughts  I had a nagging doubt that I really do need to take pictures of myself instead of taking pictures of my son, our environment and my art. The idea behind taking self portraits is to come to a better understanding of who we are as individuals. I have seen other blogs and sites touting the benefits of self portraiture and I always thought ya that’s a good idea…for you. Thanks to Erin of It's Ok for the encouragement to get out of my own way and to not view this as a big project.

This morning with those nagging thoughts hanging out between my ears I picked up the camera and found the batteries were with out energy so I quickly replaced the battery and set the camera on the kitchen counter while I showered and dressed and my son peaked into the shower interrupting my thoughts. As I dressed I could see the camera taunting me…just do it just take the picture. Its only a picture not life altering moment.

I picked up the camera and took several pictures and now as I looked through them trying to edit the light and background a little I’m not satisfied with any of them yet I am going to share this one. 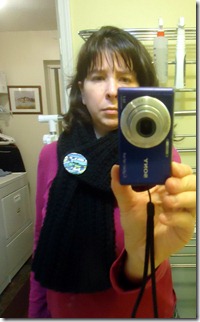 I have continued sorting and selling the clutter an unused items. This week a awkward wood trunk was sold, a spare oven for my polymer clay and related books and magazines were all sold.

I feel like I am now making a dent in the excess items in our home although we are still left with plenty of things we need. I have been pondering how to improve the messy storage above my washing machine and I think I stumbled upon a inexpensive solution compared to the expensive storage totes available commercially.

I am going to collect empty diaper boxes or other empty boxes and cover them with paper,fabric or contact paper even patterned duct tape would look amazing but seeing as I want to do this as economically as possible I will try to use what I have or can get for free. I hope to gather about 8 boxes all about the same size and get to work.

Here are a few links for inspiration in case you want to try this yourself.

I will take pictures of the before and after and share them when the project is complete.

Vanessa
HI! I have been married to my husband for 7 years and together we have a 3 year son named Saylor. I am a creative gal who is loving motherhood and I needed a place to write about about the some times rough seas of motherhood. 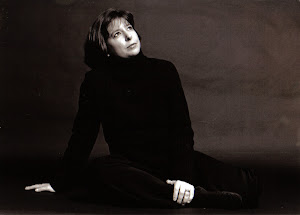